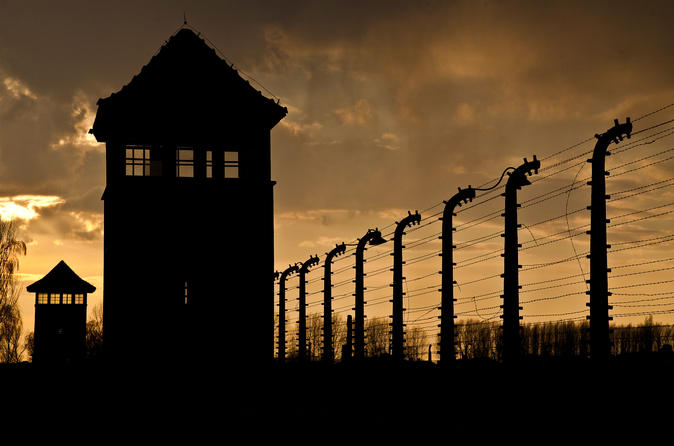 This Krakow Super Saver combines two tours over two days at a discounted price. On the first day explore Auschwitz-Birkenau, the former Nazi concentration camp complex, where you’ll see some of the prison barracks and learn about the prisoners in poignant exhibitions. Then the next day, head underground at the Wieliczka Salt Mine and marvel at the salt formations, including the stunning Chapel of St. Kinga. It’s the perfect way to discover two of Poland’s UNESCO World Heritage sites. 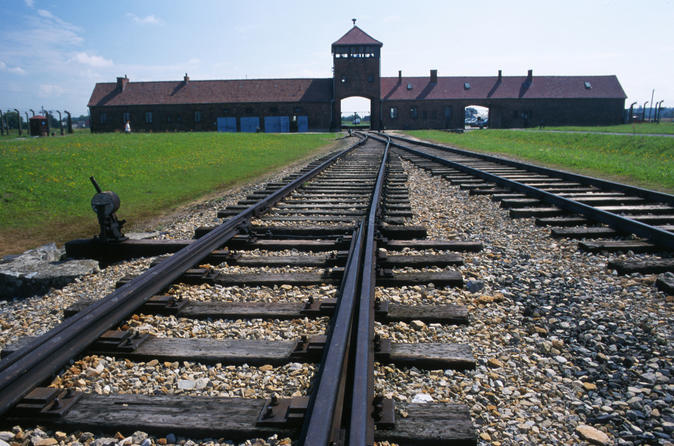 Devote a day to the memory of Holocaust victims on this small-group Auschwitz tour from Krakow, led by an expert guide. Departing in the early morning, your group is one of the first to enter the Auschwitz-Birkenau State Museum, a solemn memorial dedicated to the millions who were killed at this German Nazi concentration camp during World War II. Your guide will explain some of the atrocities that happened here, and give insight into the history of the Holocaust as you browse the exhibits and explore the preserved grounds.

This small-group tour is limited to 19 people, ensuring you’ll receive personalized attention from a guide. 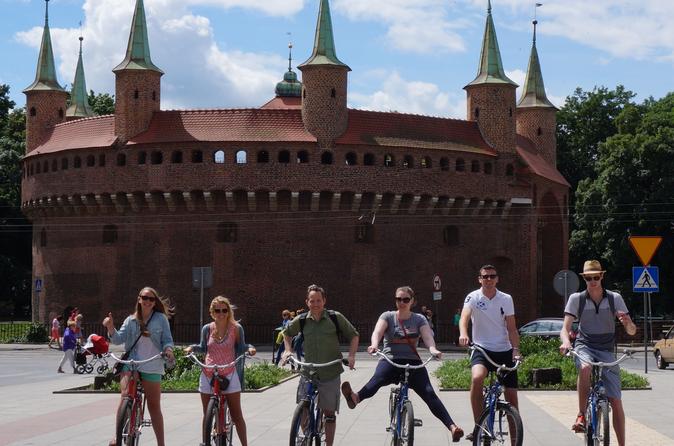 Our tour meets in the largest medieval square in Europe, the main market square of Krakow. After an introduction on Krakow's origins we lead our guests to our shop to equip each person with their own Beachcruiser bike. Our tour takes you through a time warp of history and architecture, where you will find remnants of a history over 2000 years old. 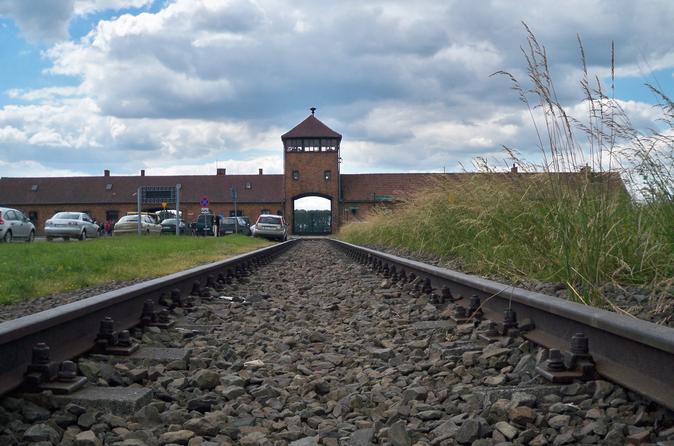 Tour the infamous Nazi German extermination camp, the Auschwitz-Birkenau Memorial and Museum, in Oswiecim, 43 miles (70 kilometers) from Krakow. Meet your driver and other travelers in Krakow's Old Town, then join a guided tour of the camps – a deeply moving experience that exposes a harrowing period of history. 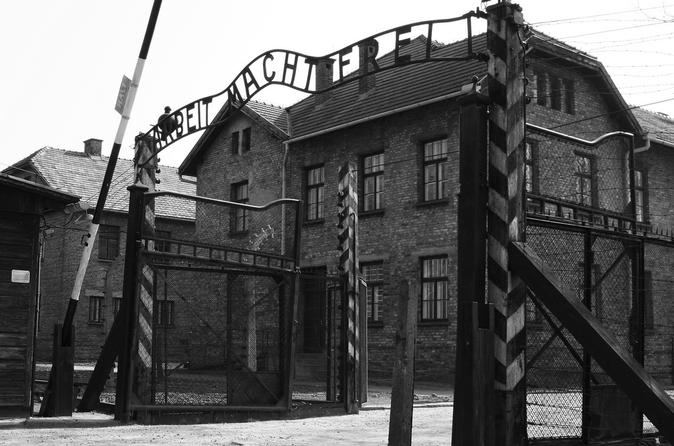 Not enough time to visit all of Krakow’s must-see places? On this tour, you'll visit two of Poland's most important UNESCO World Heritage sites Auschwitz-Birkenau and Wieliczka Salt Mine — in one day. Your day will start early, but this way you will manage to visit Auschwitz-Birkenau, the former Nazi concentration camp, and explore the Mine, and be back in Krakow by dinner time. 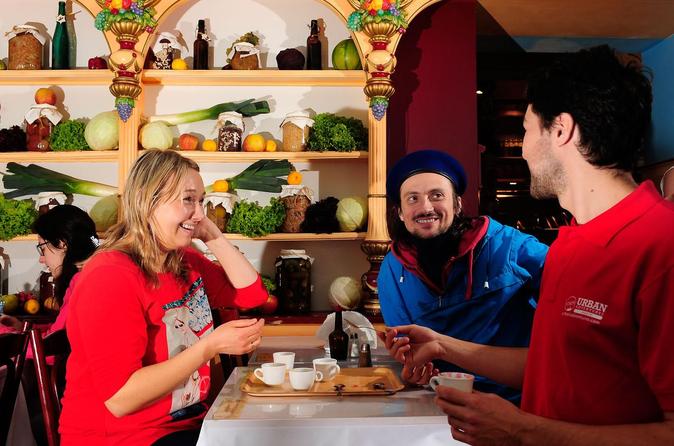 Savor the flavors of Krakow on this 2.5-hour evening walking tour with a food-loving guide. Uncover Poland’s rich culinary history and customs as you roam the Small Market Square (Mały Rynek) and Main Market Square (Rynek Główny), stopping at hidden foodie haunts to sample treats such as ‘pierogies’ (stuffed dumplings), ‘oscypek’ (smoked cheese) and hearty Krakovian soup. Try some refreshing Polish beer and finish in the buzzing, bar-filled Kazimierz district over traditional Jewish fare and a shot of crisp, clear ‘bison grass’ vodka — a near-national institution in these parts. 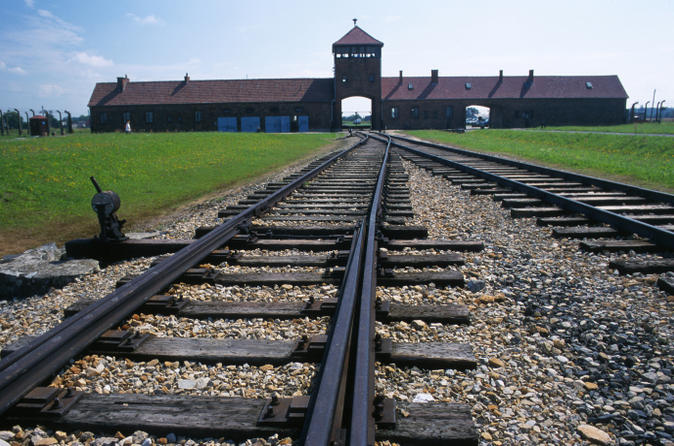 Visit the World War II Auschwitz-Birkenau complex and learn about the Nazi Holocaust on this 7-hour trip from Krakow. Your host will pick you up from your centrally located Krakow hotel and take you by coach to the UNESCO World Heritage site in Oświęcim. Explore the two camps with a professional guide who will carefully, and sensitively explain everything that you can see at the site, including the barracks and poignant museum exhibits at Auschwitz I, as well as the gas chambers, watchtowers and moving memorials in Auschwitz II-Birkenau. You will learn about the history of the WWII holocaust and the liberation of Auschwitz in 1945, as well as hear individual stories of some of the camp's prisoners. 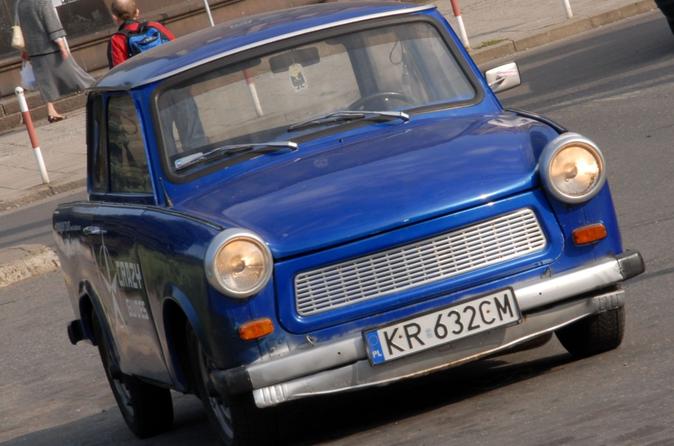 The best way to tour the lovely city of Krakow is in a Trabant, the classic Eastern Europe car. You'll experience the real Krakow on this lively tour, and visit parts of the city that go unnoticed by most visitors, in the company of your young and enthusiastic guide. 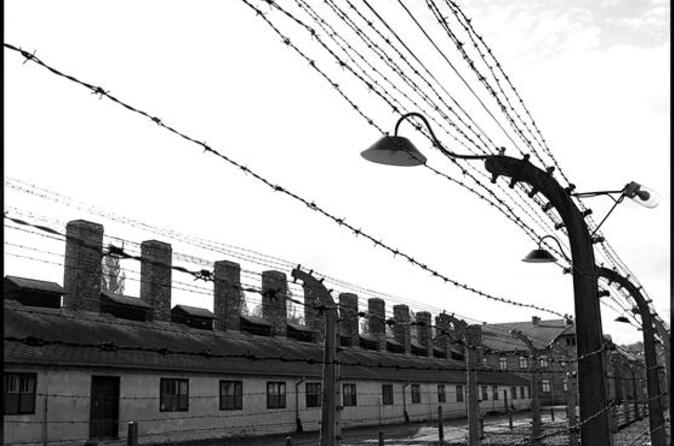 Explore Auschwitz-Birkenau with a private guide on a half-day trip from Krakow, and learn about life inside the former concentration camp during the days of the Third Reich. While the genocide that took place inside Auschwitz-Birkenau is undoubtedly chilling, your guide will explain the site's history with sensitivity, explaining the key events in its history while showing you places like the gas chambers, crematoriums and exhibition halls inside the old prison blocks. 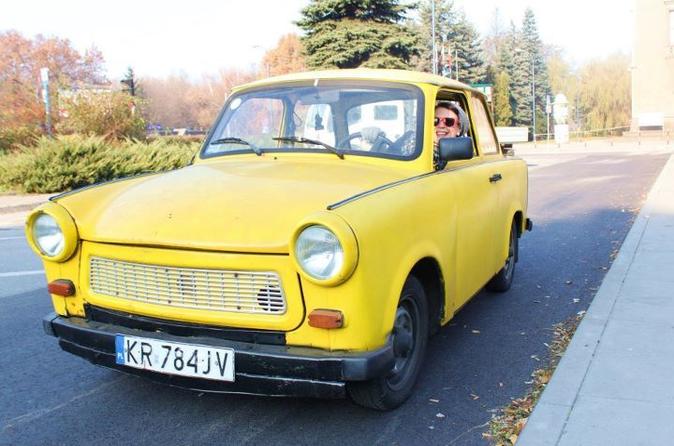 Communism Tour in a Genuine Trabant Automobile from Krakow

The Wall may be over and done with, but many of Krakow's most famous communist artifacts are alive and well! 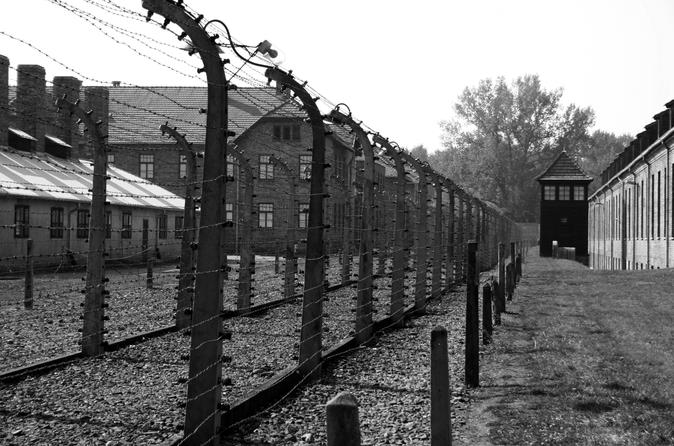 Auschwitz and Birkenau Tour from Krakow

Auschwitz-Birkenau is probably the most well-known of the Nazi Germany concentration and extermination camps. You will have an opportunity to see with your own eyes how more than a million people suffered, and worked in grievous environment. This tour is one that everyone should go once in a lifetime to not forget. 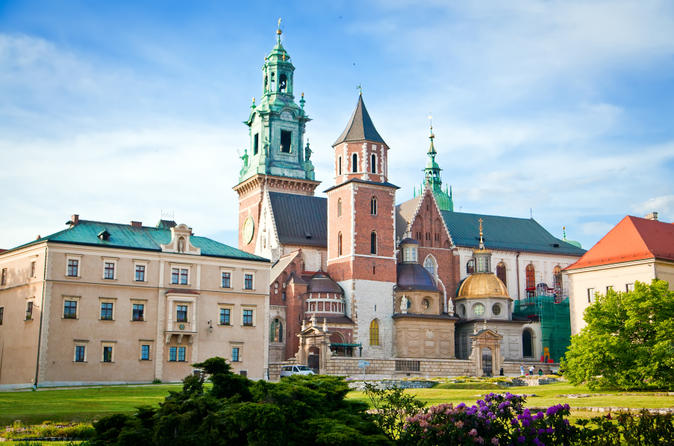 See the sights of Krakow with a private guide at your side! This comprehensive 3.5-hour sightseeing tour can be done by foot or minivan and offers a flexible itinerary that’s tailored to your interests. Explore Krakow’s UNESCO World Heritage-listed Old Town to see attractions like the Barbican and the Cloth Hall, and then visit intriguing neighborhoods like Kazimierz and Nowa Huta. See royal splendor at Wawel Royal Castle and learn all about the fascinating history of Krakow.